Junior Achievement of Hawaii Island will also be honoring Oahu inductees with Big Island connections; Sherry Menor-McNamara of The Chamber of Commerce of Hawaii and Jake Shimabukuro, entrepreneur and ukulele extraordinaire.

The purpose of this dinner is multifold: 1) to recognize and honor this year’s inductees, Laureates and families of the Legacy Laureates; 2) to share Junior Achievement success stories with supporters; and 3) to raise funds for JA
programs on our island.

The public is invited to attend. The event will include a buffet dinner, a no-host bar, and silent and live auctions. Tickets are $75.00 individually or $600.00 for a Reserved Table of Eight.

Your support of this event will assist Junior Achievement of Hawaii Island to continue to provide financial literacy programs to more than 4,000 K-12 students annually. Ninety-percent of funds raised will stay on-island and will go directly to pay for classroom materials and program support. It is a wise investment in our future. 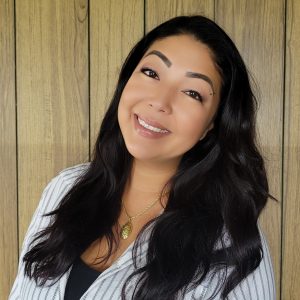 Laura Robinson is no stranger to education or to our community. Laura was born and raised in Hilo, and is a proud graduate of Waiakea High School, Hawaii Community College, and the University of Hawaii at Hilo. She has worked in education for over 15 years as a tutor, teacher, and lecturer with experience working with students from elementary school through college.

As the District Manager for Junior Achievement of Hawaii Island, Laura will work with our local board of directors and community volunteers to provide our keiki, from kindergarten through high school, with opportunities that inspire and prepare them for success. This spring with Laura’s help,  JAHI looks forward to introducing online learning opportunities.

Laura can be contacted at jahilo@jahawaii.org. 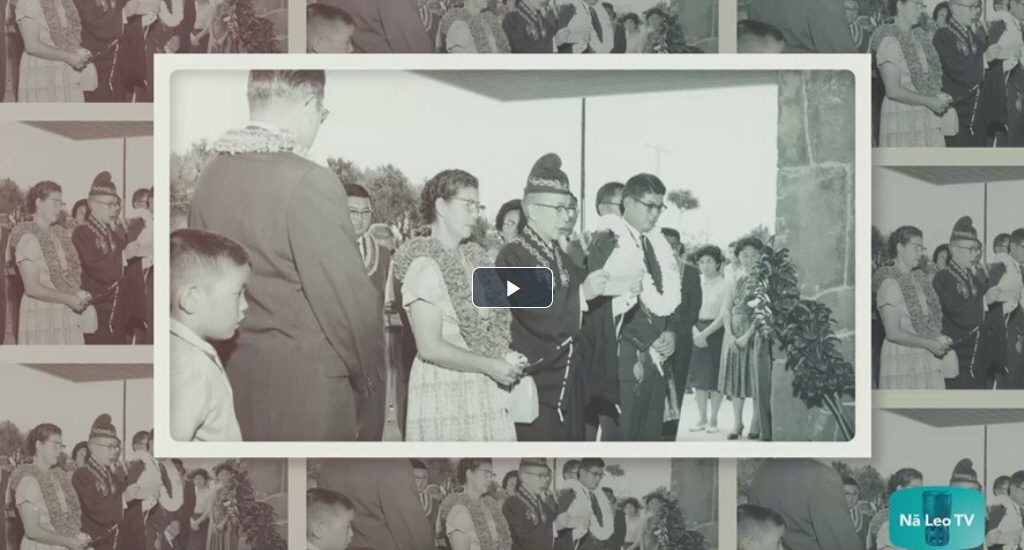 Unfortunately, we were unable to hold an in-person event to recognize our 2020 Big Island inductee to the JA Hawaii Business Hall of Fame, Mike Fujimoto of HPM Building Supply. Nor were we able to celebrate our JAHI Distinguished Supporters, Jackie DeLuz and Susan Labrenz. However, with help from the talented friends at NaLeo TV, we are able to provide a virtual recognition program. The 30-minute special will air on NaLeo’s Channel 53 on 1/14 at 9:30am, 1/16 at 4:00pm, 1/18 at 7:30am and 1/20 at 12:30pm and on Channel 54 on 1/13 at 7:00pm, 1/15 at 7:00am, 1/17 at 3:30pm and 1/19 at 10:30am with additional airings to be announced. The full video is also available via the NaLeo TV website at http://naleo.tv/nltvexclusives/ and will be linked to from our JAHI Facebook and Instagram pages.

Mahalo and congratulations to Mike, Jackie and Susan, and a big thank you to the sponsors who made this virtual recognition program possible: 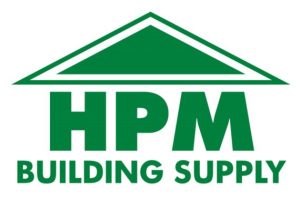 Mahalo to the many other financial supporters of financial literacy on our island, and the hundreds of volunteers that make JA programs possible in our East Hawaii schools. We look forward to offering online alternatives to JA programs this spring.  If you would like to support JA please consider sponsoring a JA virtual classroom for $100. Donations are securely accepted via paypal on this website, or contact jahilo@jahawaii.org for other methods. Thank you. 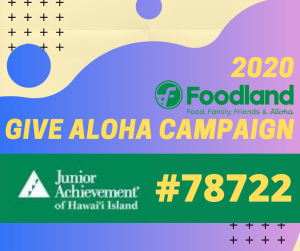 Foodland/Sack-n-Save is again holding their “Give Aloha” campaign this September.  It makes this month a great time to donate to JA of Hawaii Island, and have your donations boosted by Foodland.

It’s easy to do: At Foodland and Sack-n-Save stores, present your Maika’i card at checkout and inform the cashier you would like to make a “Give Aloha” donation. Then select “Junior Achievement of Hawaii Island” CODE 78722.

You may donate up to $249 per organization (any amount in excess will not be matched).  The name of our organization and the amount you donate will appear on your receipt.  Please make sure to present your Maika’i card so your gift can be matched.

Since donor names will not be released to our organization, if you would like us to know of your gift, please email our JAHI district manager at jahilo@jahawaii.org.

Thank you in advance for supporting financial literacy in our Big Island elementary, intermediate and high schools.

School might be out of session but Junior Achievement of Hawaii is still committed to inspiring tomorrows for our keiki!

Visit JA’s Project Tomorrow page to access programming that you can implement from home while sheltering in place. Learning can continue and JA is providing access to learning experiences that students can do on their own, with a parent or other caring adult, or with teachers via a digital/virtual environment. Resources are organized by school level and can be used whether or not you’ve engaged in a JA program in the past.

JA USA is continuing to add to the content in the coming days so check back often. We are working hard to adapt more programs for online and home usage as we all move through these challenging times.

THIS EVENT HAS BEEN POSTPONED DUE TO COVID-19.

We will communicate the new date when available. Mahalo.

along with JA of Hawaii Island’s Distinguished Supporter Award Recipients

4/25 DATE HAS BEEN CANCELLED

Please complete the enclosed RSVP form and return it by April 10th.

For more information please call 989-5788 or email scheele4ihrc@yahoo.com. Your support of this event will assist Junior Achievement of Hawaii Island to continue to provide financial literacy programs to nearly 4,000 K-12 students annually. Ninety percent of funds raised stay on-island and go directly to pay for classroom materials and program support.

About this year’s remarkable award recipients…

Mike Fujimoto is the Executive Chairman of HPM Building Supply and the fourth generation of the Fujimoto family to lead the 99-year-old company. Mike has dedicated the last 44 years to HPM and stewarded the company through a period of significant growth and modernization. Under his leadership, HPM expanded from three Big Island locations to eight locations across Hawaii Island, Kauai and Oahu. Today, HPM is more than 300 employees strong and is a 100 percent employee-owned company.

Mike cares deeply about our community and has served in chair and director positions with for-profit and charity organizations for decades. Mike, along with several others from our Hilo business community, was instrumental in the formation of Junior Achievement on Hawaii Island more than 40 years ago. He served on the Junior Achievement of Hawaii Island Board of Directors for 24 years and was bestowed Emeritus status in 2002. 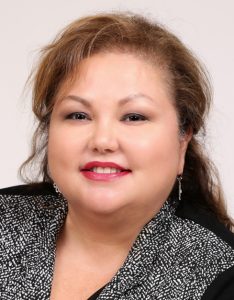 Behind the sweet smile, Jackie De Luz, is all business. She is the President of Big Island Toyota and De Luz Chevrolet, an automotive dealership with three locations on Hawaii Island. Jackie feels strongly about building financial literacy within our youth, as evidenced by her continued support of Junior Achievement of Hawaii Island. Jackie started volunteering in our middle school program more than 20 years ago and also taught the JA Elementary program for her daughter Grace’s classes from kindergarten through 6th grade. Big Island Toyota has sponsored JA high school Company Program teams since 1995. Jackie has been a lead advisor of those teams throughout, and both of her daughters also have become JA volunteers. 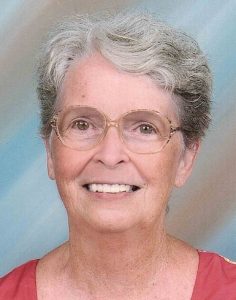 Susan Labrenz has been a long-time treasure for Junior Achievement of Hawaii Island. Her passion and commitment to help achieve the mission and purposes of the program is evident through her twenty plus years of service as District Manager. No one loves Junior Achievement more than Susan. Even in retirement, without prompting, she continues presenting programs in the classroom to our keiki, urges students to participate in our high school program and helps to recruit volunteers. JA of Hawaii Island could not have grown and impacted so many students without Susan.

The Junior Achievement company program encourages high school students to develop leadership and entrepreneurship skills by guiding them in the creation of a small business. The awards recognize the hard work of the students and their advisors over the 15-week program.

Over the course of the program, the three companies in total manufactured, marketed and sold over $40,000 in merchandise. The top-selling company this year was Ohana Products with nearly $19,000 in total receipts. Tristen Cullio was the top individual salesperson with $3,173 in sales, and Savannah Christensen won for Best Sales Presentation. Ohana Products also received the coveted Company of the Year recognition, posting an impressive return on their stock value of $119 per share.

Much of the sales happen during the JA Trade Fair each Black Friday weekend when the community comes out to support the JA companies and find unique holiday gifts. Mystery shoppers also drop by to score the students on their product displays and salesmanship. This year Aspire was recognized for having the most compelling Trade Fair presence.

During the event local entrepreneur Kris Speegle of Nakoa Kai Insurance Professionals and Aloha Pawz, shared advice on writing down dreams, putting in extra effort and the importance of giving back to the community. Through a song on the ukulele, Speegle also shared his experience of finding ways of remaining connected to Hawaii, such as when he was away from the islands during his military service.

Foodland/Sack-n-Save is again holding their “Give Aloha” campaign this September.  It makes this month a great time to donate to JA of Hawaii Island, and have your donations boosted by Foodland.

It’s easy to do: At Foodland and Sack-n-Save stores, present your Maika’i card at checkout and inform the cashier you would like to make a “Give Aloha” donation. Then select “Junior Achievement of Hawaii Island” CODE 78722.

You may donate up to $249 per organization (any amount in excess will not be matched).  The name of our organization and the amount you donate will appear on your receipt.  Please make sure to present your Maika’i card so your gift can be matched.

Since donor names will not be released to our organization, if you would like us to know of your gift, please email our JAHI district manager Alan Shiraishi at jahilo@jahawaii.org.

Thank you in advance for supporting financial literacy in our Big Island elementary, intermediate and high schools.

We’re gearing-up for the start of the fall 2019 JA Company Program. From September through December, East Hawaii high school students will meet on Tuesday nights to create their company, manufacture and market products, give back to their community, make friends, and hopefully also make some money.

If you know of high school students who may be interested in the program please have them contact their social studies teacher or school office for a JA application, or signup online here. The deadline to apply is (EXTENDED TO) Friday, August 23rd and Application Night is Tuesday, August 27th from 6:00 to 8:30 pm at Waiakea High School. The program itself is held on Tuesday evenings from 6:30 to 9:00 pm at Waiakea High School from September 3rd through December 10th.

If you have questions about the program, or if you are a business professional interested in helping to advise one of the teams, please contact JAHI district manager, Alan Shiraishi at jahilo@jahawaii.com or 808-292-0570.

Summer is a great time between the school years to take a break and “sharpen the saw,” but also to give thanks to those who made this past school year such a success.

During the 2018-’19 school year, 177 JAHI volunteers spent a total of nearly 20,000 contact hours helping over 3,500 students in 165 classrooms in East Hawaii Island!  We send our sincere thanks to each and every one: